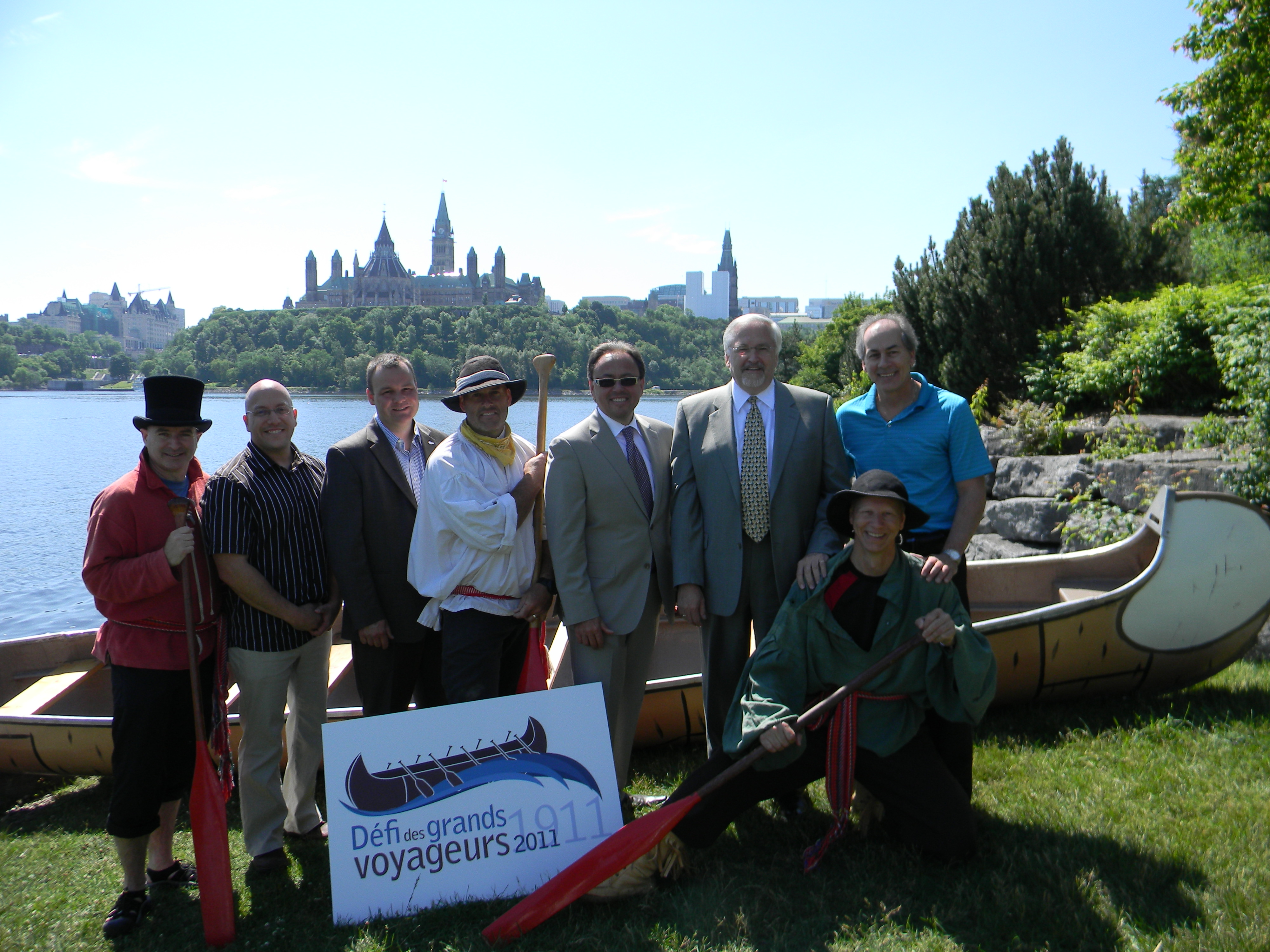 The Défi des grands voyageurs was a the Gatineau Health Foundation fundraising event to mark the 100th anniversary of the founding of the city of Gatineau first hospital. The event, in which some 92 Outaouais citizens took part, was held from August 7 to 21, 2011. In voyageur-type canoes and against the current, participants travelled from Quebec City to Gatineau – a total distance of 428 kilometres.

The first hospital, located in the former city of Hull, was founded in 1911 by the Sisters of Providence. From the time of its founding until 1974, the Congregation’s nuns devoted themselves to the physical and spiritual well being of Hôpital du Sacré-Cœur patients and the education and training of many nurses and X-ray technicians. The Hôpital du Sacré-Cœur moved to the current Hôpital de Hull site in 1958.

This unique voyage was a success. Its fundraising target of $500,000 was surpassed, reaching a total of $539,121. The funds were used to equip the Gatineau and Hull hospital emergency departments with direct digital X-ray machines, which will reduce patient irradiation and ensure test results are known faster.

Lastly, the voyageurs who took part in the great adventure had an unforgettable experience. The Foundation is extremely proud of this public event, which was the most successful in its history.

Keep up with the latest news on the Gatineau Health Foundation, by subscribing to our newsletter!